There are some situations where it will be appropriate to mix both Area and Point Places. For example, shopping malls and shopping centers that could be considered a navigation destination themselves if they are large, distinct or well known, but there are also individual stores which are valid destinations.

When mapped in this manner, a mall would look like this: 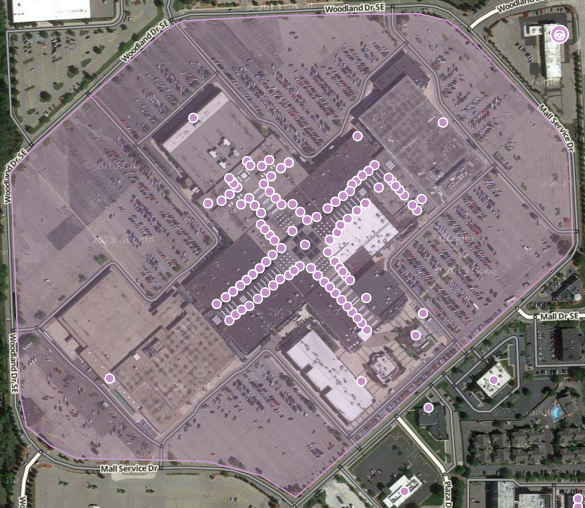