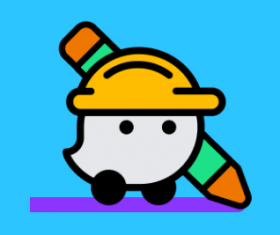 Hello Editors! It's time for the monthly Editors Community Newsletter!

Thank you for all your contributions and enjoy the FULL VERSION below :)

Route around the Tour de France thanks to the Community!

The Tour de France is one of the most famous sporting events in the world, and this year top cyclists will compete in a 21-stage race across Denmark, Belgium, Switzerland and France.

Many roads are closed to make way for the race. In preparation for this, an amazing cooperation was created between 35 community members in France and Denmark, along with the Tour de France and Waze teams!

50 Major Traffic Events have been added to WME, and the community worked closely with the teams to update the map and ensure drivers can navigate safely. 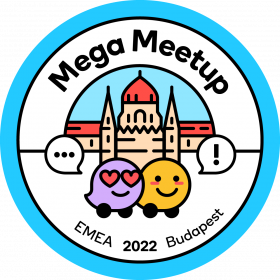 The EMEA Mega Meetup took place in Budapest, where Community members met Waze staff for presentations, discussions and fun activities. It was great getting to meet over 100 community members face-to-face - for the first time in over three years!

Need a reminder about Meetups? Visit the Meetup information site 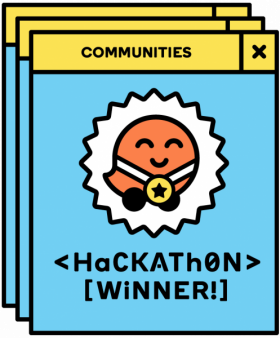 9 teams of Community and staff members met online to discuss ideas and features during the Communities Hackathon which took place in June. In the 3rd place: team Closure Minded, in 2nd: team WazeEV, and 1st place goes to: team Major change in speed limit! Click here to find out more about all Hackathon ideas. Congratulations and thank you to everyone who participated! 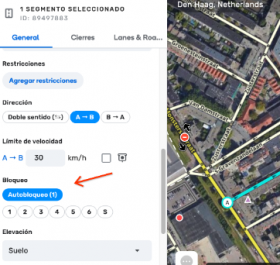 As we’re sure you’ve seen, the new WME version (v2.104) was recently released! Thanks for all your feedback on this update.

Our objective is to shift towards a more friendly design for new Editors, while also continuing to support experienced Editors. Finding the right balance is not always easy, so to lighten the impact we will be releasing the new design gradually and will make changes based on your feedback.

A few examples of community suggestions that were released are removing the speed field from red light/fake cameras, cursor placement when adding a closure, place labels for places that are polygons, segment history, house number updates, and more!

We also want to give a big thank you to all the WME Beta Pirates that shared their feedback with us before launch.

Check out this forum post for more information about the new style adjustments and other updates. 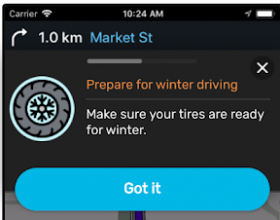 Share a helpful message with drivers in your area 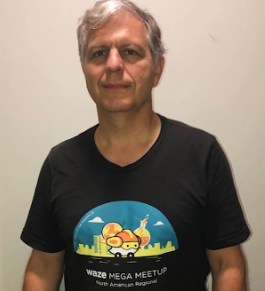 Check out this article in the Washington Post, highlighting Wazer Alan Boyd (subs5), Virginia Country Manager. Alan ranks 3rd on the US Waze Leaderboard, and is always monitoring the latest traffic events! But what’s his motivation? Alan shares that helping other Wazers on the road is an act of self-care. Read more here about how his edits have helped make the roads safer. 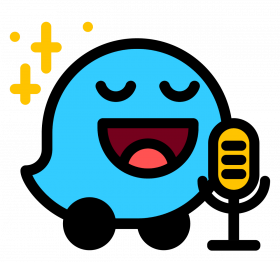 A big thank you to the Brazilian community for their recent Text To Speech voice navigation Raid! In total, we received 138 pieces of valuable feedback on the Portuguese-BR TTS. We were able to fix 87 issues so far! 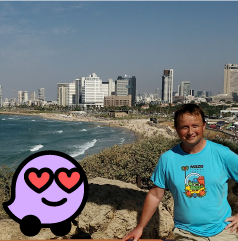 Featured Editor: Leo from the Netherlands

Leo, AKA Leorenaud, is a Global Champ and Beta Leader from the Netherlands - and the Team Leader for the local Routing Team.

Leo began editing through a colleague who was traveling to South America, and introduced him to Waze, which had already grown popular there. Curious, he downloaded the app and noticed that the route to his house was incorrect.

After searching, he found the old WME (named Cartouche), but could only find a few segments and did not succeed in editing the map. A few years later another friend recommended Waze again! Inspired to try once more, he found that not only had the WME been updated, but there was now a forum and a way to connect to the local community. Since then, Leo has been hooked!

Leo has had many dynamic experiences as a Waze Editor, including helping to monitor traffic at a festival in the control room alongside the police and other officials. On his laptop in real-time, he updated closures to the entrances and exits of parking lots and nearby freeways when traffic changed minute by minute.

Leo is passionate about giving other Wazers the best user experience, getting from point A to B on the best route possible, encouraging all editors to think from the point of view of the user. Thanks for being a star, Leo!