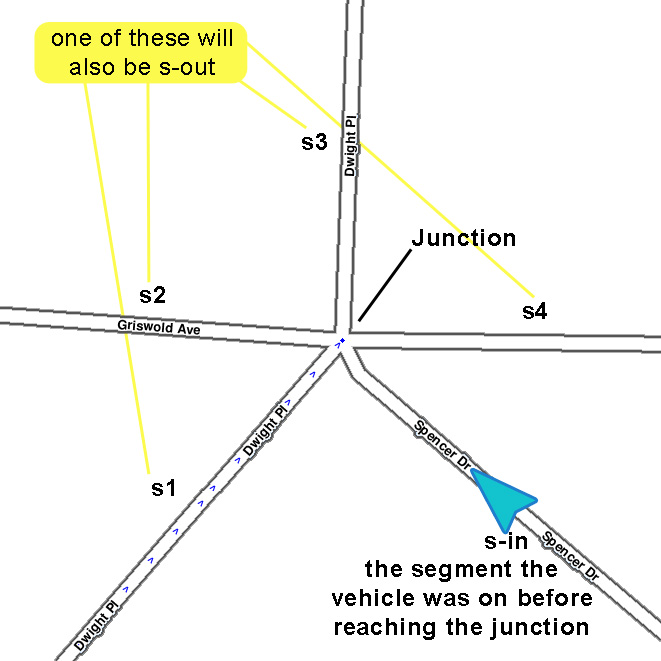 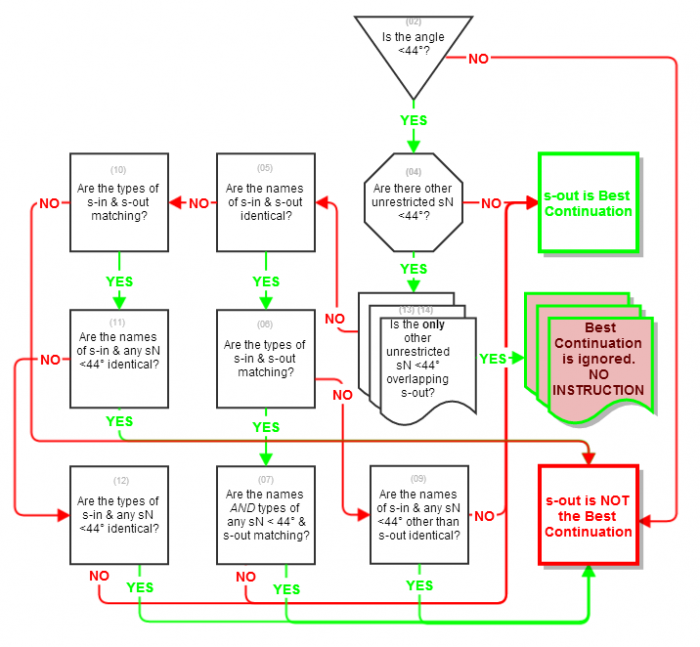 A junction with more than one segment leaving it at an angle less than {{::How_Waze_determines_turn_/_keep_/_exit_maneuvers/Stay threshold}} can give an instruction to all the segments, or none of the segments. Some of these scenarios are listed below: 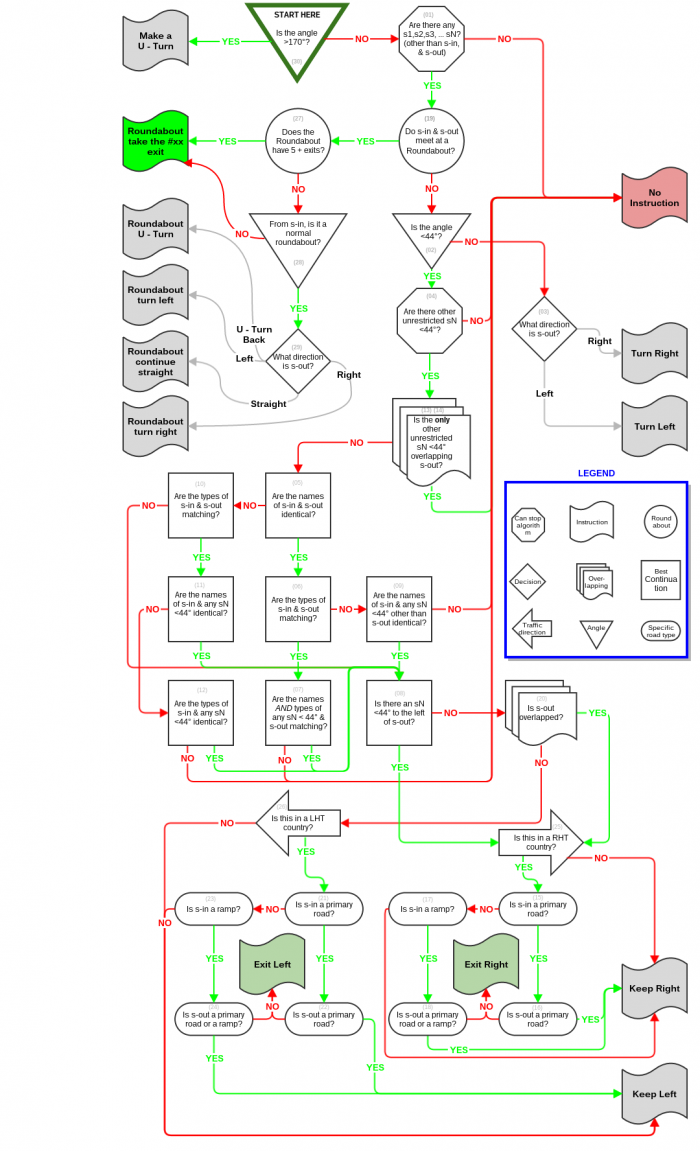