The goal of this page is to communicate proper mapping of high occupancy vehicle and high occupancy toll lanes (HOV/HOT lanes) in the Houston area. As Waze does not fully support HOV lanes as of yet, this implementation accomplishes the following goals: 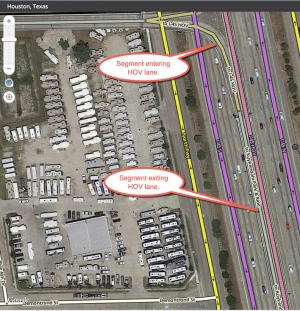 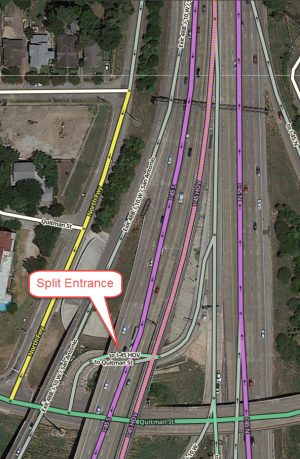 T ramps have a single entrance/exit that connects to surface streets and splits into separate inbound and outbound segments where it connects to the HOV/HOT lane. Special care must be given to these ramps in order to provide proper routing and TTS instructions: