Geometry of the connector 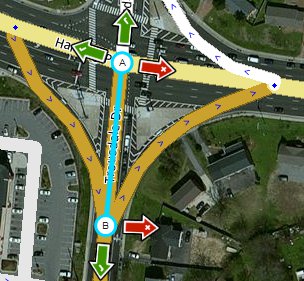 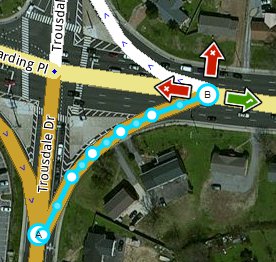 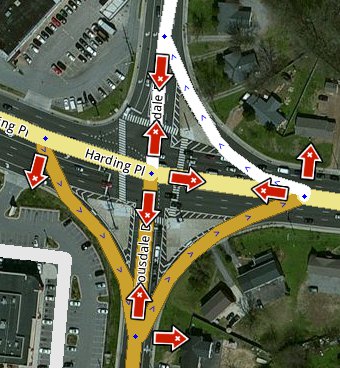 Example: Garden State Parkway Exit 10 in Cape May Court House, New Jersey, USA. The Garden State Parkway is mostly a freeway class toll-road that runs north/south through New Jersey. As the Parkway approaches its southern terminus, the number of lanes reduce and exits become a mix of grade separated ramps and at-grade intersections. In order to receive an instruction for Exit Right rather than Keep Right or Turn Right, this connector needs to be a ramp.