Massachusetts Functional Classification settings are dictated by the Massachusetts Department of Transportation (MassDOT), at the request of the local jurisdictions, and in coordination with neighboring states. If you do not agree with our FC levels, please petition MassDOT to change the rating they've assigned.

Do NOT make random changes on your own.

In Massachusetts we have a set minimum standard for locking roads based on segment type. Any road of a certain segment type must be locked at least to the rank (level) in the chart below. Roads may be locked higher for protection and special situations (areas with construction, tricky design, frequent mistakes, imaging inaccuracies, and the like), but should not be locked lower.

Note: Do Not Mass Edit just to update locks to these standards, these can be adjusted as you find them while editing other aspects of the segments such as FC, speed limits, naming, etc.

Some segments still warrant higher locks and care should be taken when setting segment lock to these standards to look for and protect these special setups with higher locks. Some examples; segments which are part of BDP, U-turn prevention, or using micro-doglegs, or other complex intersection setups.

Massachusetts follows the US Road Naming conventions for Interstate, US and State routes, with the following considerations.

The naming format for Numbered State Highways in Massachusetts is "SR-###".

Cardinal Direction indicators will be used in accordance with National standards, except in the following situations:

If a road segment is classified as a Freeway, there shall be No City Names listed, as well as no Alternate Names.

With the exception of Freeway segments (as mentioned above) all road segments should have a Primary city name assigned to them.

The Primary Street name shall be whatever name is in common usage in that area. (Check business addresses, GIS, etc). If the Primary Name is an actual Street Name (Main St, etc), please add the "SR-##" to the Alternate Name field, with no City name.

However, if the commonly used name is "SR-##" then enter the street name, along with city, in the Alt Name.

If a segment has more than one State/US route number, follow the Concurrent Road Naming guidelines from the Wiki. Just remember, please no city names in the Alt Name field for numbered routes. (see examples on the right)

If a Major/Minor classed segment is not a numbered highway, there should be no alternate names listed.

Clear as mud? Contact the State Manager if you need help figuring this out.

List the Primary street name, and city. No Alternate names are to be listed.

These are named highways in Massachusetts which also carry numbered designations. Some are simply names of streets which carry a numbered route(s). Roads named after people/organizations were generally done so ceremoniously, after the numeric designation(s) already existed. Others carry more general names, such as the Southeast Expressway and Central Artery in Boston (which both refer to the same continuous span of I-93).

Functional Classification updates in Massachusetts have been completed. This will ensure a consistent, and better navigational experience to Wazers around the state and country. The general guidelines for implementation are in the Road types page. Any local deviations, and special information for Massachusetts will be listed below.

The Federal Functional Classification system is the Nationwide standard, and consists of 7 Road Types. The major difference between the two is that the Federal FC classifies limited access arterials (non-Interstates) separate from full-access arterials.

We are utilizing the Federal Functional Classification system, because it matches up with other states. 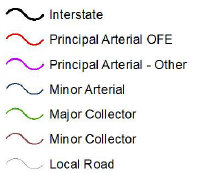 Occasionally it makes sense to deviate from what FC should be.

Here are the segments that are approved to be different than what they should be.

Speed Limit Sign
Speed limit data added to segments in the WME is used in the Waze app to display an app user's speed relative to the speed limit. In addition, the app notifies users if they exceed a speed limit designated on the Waze map.

Freeway segments that contain toll booths will not have speed limits designated as there may be different limits in individual lanes. Waze does not currently support the identification of transponder lanes and the like. Also, the affected segments may be short in length so that the app might not be able to signal a drop in speed limit before users are at the toll booth.

Speed limits that are designated on private property may be added to road segments on the Waze map at the discretion of the regional coordinator or state manager(s).

Massachusetts has specific laws pertaining to speed limits for areas that are not posted. Please refer to the following table below for guidance for speed limits on road segments with no signage. As of February 2016, there are currently no roads in Massachusetts that have a speed limit greater than 65 mph. If you have a question regarding the speed limit of an area please consult with your State Manager.

NOTE: As of August 9, 2016, a bill was signed into law allowing individual municipalities to lower the minimum speed limits in thickly settled or business districts to 25 MPH. A listing of municipalities which have adopted these reduced statutory speed limits is maintained by the MassDOT.

This bill also allowed "Safety zones" to be designated by municipalities at 20 MPH.

Additional special regulations have been set by MassDOT in the following manner: 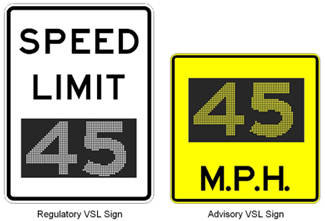