All roads within the confines of the gate for a military base should have the official name of the base. Approved abbreviations are: 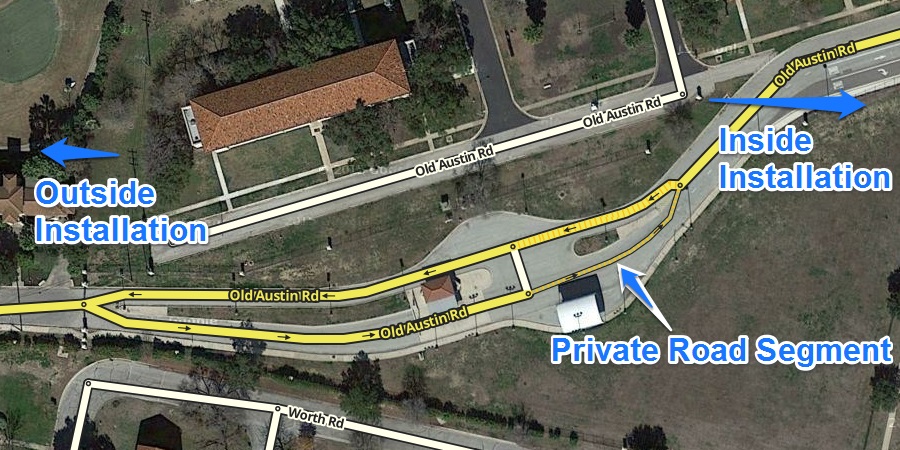