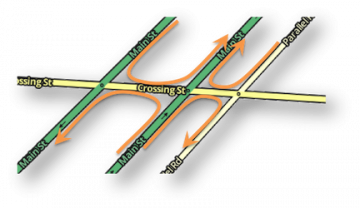 The Waze routing algorithm assesses a penalty for a double-left or double-right turn, which can be used to prevent U-turns at H-style intersections on divided and parallel roads.