The goal of this page update is to provide guidance for editors relevant to lessons learned in handling real-time closures (RTC) and cross-traffic at junctions.

This page update would strike and replace the content of the Junctions_and_cross_traffic section of the Real Time Closures page.

The specific challenge addressed by this revision is to overcome a limitation of real time closures (RTCs) which impacts routing to destinations on cross-streets of main roads which are closed and don’t physically allow cross traffic at their intersections, due to events or construction.

In the image below, a long stretch of main road has been closed for a parade. Crossing the parade route is not allowed at the cross-street intersections. The driver is on one side of that parade, and the destination is on the other side. An ideal route would take the driver around the end of the parade route, to approach the destination from the side where it can actually be accessed.

Current wiki guidance is to close only one segment of the two-way cross street (in both traffic directions) on one side of the main closed route. This effectively prevents routing across the closed road in either direction, except in situations like that in the example described (where the destination is on the single closed cross street segment, and the user is on the opposite side of the main closed road). Waze will route the user to the nearer, incorrect, side of the closed route, leaving the Wazer unable to reach the destination. 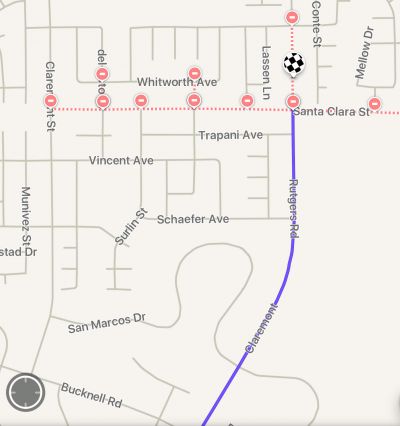 If side-street segments are closed (both directions) on both sides of the main closed road, then the user will be navigated to the correct side of the main closed road for the destination. The purple route line will end before entering the final destination segment, but this is a much smaller inconvenience than having to find one’s own way to the other side of a long closed route, such as a parade or marathon. 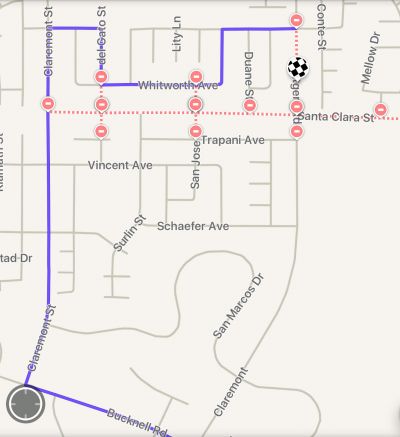 This RTC approach has been tested in real-life closure situations and found to yield superior routing results as compared to the previously recommended method.

When adding a Real-Time Closure consider whether any cross traffic will be blocked as well. Often in work zones and for special events (parades, marathons, festivals) cross traffic is not allowed at one or more junctions.

When cross traffic between the lanes of a divided roadway is prohibited, closing the median segment will prevent routing to destinations on the far side of the divided roadway.

Click expand on the right side here to see Example scenarios with illustrations. 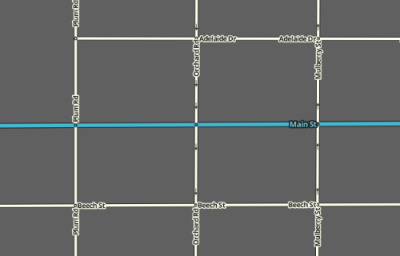 RTC Town has scheduled a parade down Main St on January 1 starting at 13:00 and ending at 14:00. Traffic must not be allowed to travel along Main St or cross at any intersection. 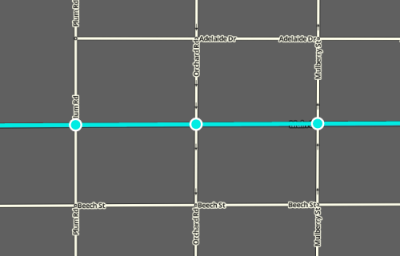 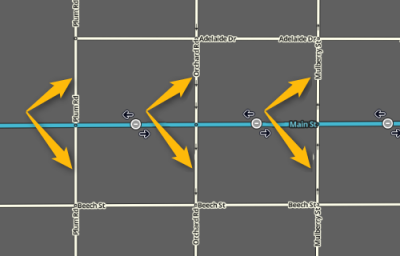 Plum Rd is a two-way cross-street, Orchard Rd, and Mulberry St are one-way cross-streets. To route traffic to the correct sides of these streets, the segments north and south of Main St should be set with two-way closures between 13:00 and 14:00. 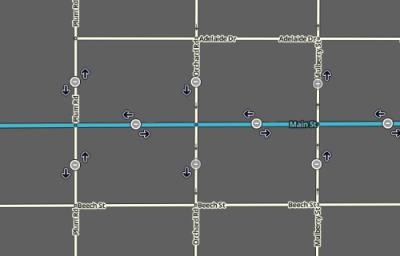 The completed set of closures in this example would look like those on the right. We’re all set to watch the parade! 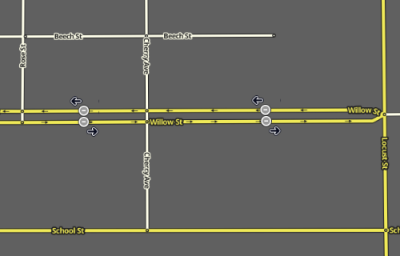 Willow St will be closed for two weeks for construction. So we set a closure for the length of both carriageways. 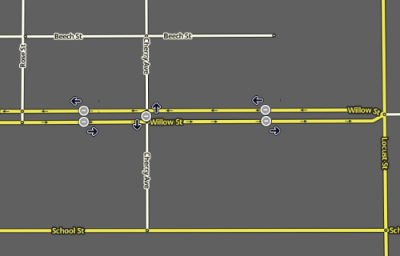 Cherry Ave crosses Willow St in a ‘H’ configuration. In this case, we need to close only the median segment to prevent traffic from being routed through the intersection or to the wrong side of Willow. Note, we set no closures on Rose St because it is a T-intersection.

This proposal is still being drafted prior to open discussion.