A bridge place is used to represent a named bridge with navigational significance. With more than 600,000 bridges in the US, these guidelines are in place to prevent app clutter from polygons, labels, and search results of bridges with little to no significance for navigation.

In general, bridges places should only be used to represent a named bridge with local or navigational significance. This should be an official and/or locally-used name, such as a signed name, a name used in traffic reports, or a commemorative name that differs from the feature the bridge crosses or the road that crosses the bridge. 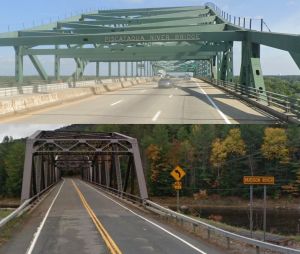