Check this box for standard non-paved (gravel & dirt) roads. This should be used in the overwhelming majority of cases where there is no pavement.

Use this for Tunnels (below ground) that are extended to the point where GPS would drop out. This box if checked helps the Waze routing system detect traffic jams and flow detection. It also allows extended periods of time without GPS signal, avoiding approximations.

This is not used in Australia. Please don't check this box. 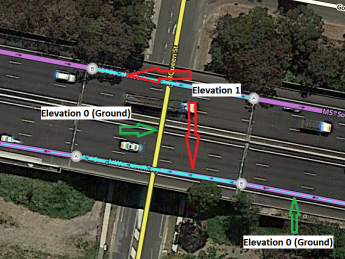