We are currently updating the pages to include all regionally different guidelines. If you find inconsistencies, please refer to the English page. Thank you!
Other languages:
English • ‎Nederlands • ‎français 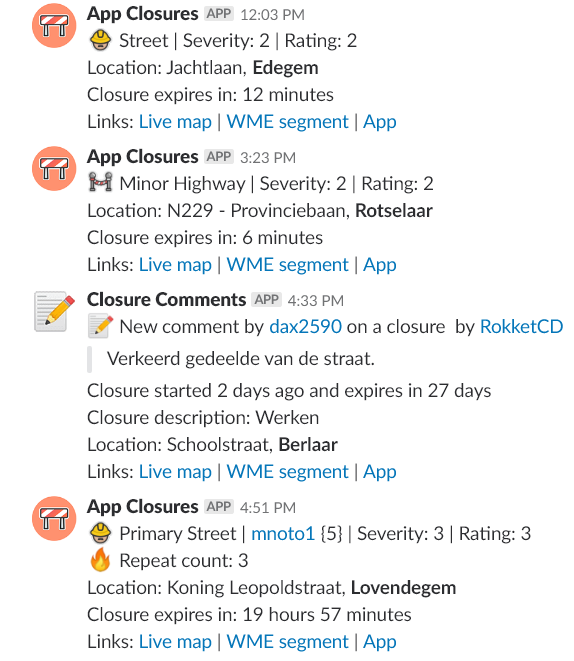 The Waze Closures Bot publishes closure data, reported via the app in the Slack BeLux Closure channels. Editors can easily use this data for modifying and implementing closures. The bot is developed by Wim Vandierendonck.

Only reported closures with ranking 5+ are displayed on the Live map.