Difference between revisions of "Main Page"

Complete Guide to Waze in Canada

Please see the article Getting Started.

Another great resource for new map editors is the Welcome to WME.

Use your language skills

Use your language skills

Feel free to post questions and ask for advice in your editing. Our region is very different in a number of ways from the United States, so the generic editing guidelines don't always apply. 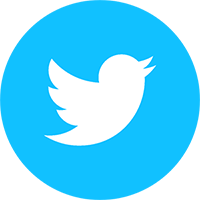 If you are an Area Manager that covers part of Canada, or a Country Manager that does a lot of work in Canada, please add yourself to this list. See comments via an "Edit" of this section to add yourself.

Canada has its own forum area for unlock/update requests. Please make your requests here.

This form allows for complete (or directional, i.e. A->B only) closures to be reported. Partial closures (i.e. one of two lanes in a direction) should not be reported.

This method is preferred over adding restrictions -- it is nearly immediate (processed several times per day by Waze staff), and does not rely on a tile rebuild. The closure will also be visible in the app and on the livemap, in addition to avoiding routing through the segment.

The Montreal Area has unique issues of its own.

Practical application in Waze: restrict all u-turns in Canada unless there is a sign outright permitting them.

If you find a city that can't save without the province name (perhaps it changes when you save it, or generates other save error), please post a message in the applicable province's forum.

This applies to both primary names and alternate names -- the alternate city is assumed to be in the primary province and country.

Freeway, Minor and Major Highways should be named in this format:

Hwy # (H is capitalized, the 'wy' in lower case, followed by a number) e.g. Hwy 16
Not 'Highway #' or 'HWY # (all caps)'.
Where the signage indicates the highway based on a name ("Lougheed Hwy" or "Sooke Rd"), the name should be used.  If, however, the signage refers to it by number primarily, that is to be the primary name, regardless of the local knowledge (e.g. the Sea-to-Sky Highway is signed as Hwy 99).

Please follow the Canada Post street type abbreviation at all times even if it differs from in-real life road signs.

See https://www.canadapost.ca/tools/pg/manual/PGaddress-e.asp#1437339 for full details in English and French.

Additionally, please do not shorten names when they are integral to understanding the street name:

It is recommended to use the Custom Canadian WME Validator Script. It will highlight all the incorrectly abbreviated street names.

In the US, the DOT has a Functional Classification system which had been adopted by Waze Champs as the method for classifying different road types. Overall, this has resulted in use of the highway types for arterial roads in the metropolitan areas, with the Primary Street type being available for collector-type roads.

Unfortunately, Canada does not have the same standardized government-published maps to adopt here, but we can consider many of the same principles. This was first looked at in Edmonton, and seems to have been met with great success.

With that in mind, we'd like to consider the following criteria for use within metropolitan areas and any city with a population exceeding ~40,000. In the event that the infrastructure of a smaller city has been designed with arterial routes, this may be adopted there, but will typically be less obvious.

If the local government has published maps that define arterial and collector routes, please use those to set the street types.

As a highway enters a city/town, it often becomes a named street, and sometimes would no longer fit the usual criteria for a "highway".

Due to a number of reasons, including long-distance routing issues, as well as appearance, the highway should remain as the same type it entered the city/town (except if it's a Freeway -- if it no longer fits the Freeway criteria, it may be downgraded to Major Highway until it is again a Freeway).

The road type designation should follow the entire numbered route.

In general, Freeways will have:

Use for major arterial roads. Often these have 2-3 lanes (or more) in each direction, and may be structured to be turned into freeways eventually. Usually this means relatively few intersections, higher speed limit, and higher capacity.

Additionally, if a road enters an area as a Freeway, but then loses its limited-access situation, it will generally continue on as a Major Highway.

If only one type of arterial is used by the municipality on their maps, the decision between a "major" and a "minor" will be that of relative importance and capacity. Generally, a "major" will have 2+ lanes, whereas a minor may only have one. Local knowledge is also especially useful in determining this.

Use for arterial roads. They are more direct than using collector roads and sometimes have slightly increased speed limits.

Suitable for collector roads through neighbourhoods and thoroughfares that aren't arterial.

There are parts of the TCH that travel through National/Provincial parks with frequent stops, reduced speed and undivided portions. These segments should be reduced to a Major Highway until the speed increases, stops are minimized or the highway is divided again.

Autoroutes, or limited access highways, such as the 20/40/55 or any *40 are considered freeways

The big exception to this rule is Autoroute 50 which is still a freeway, even though some small parts of it are not limited access and some are only two lane with no divider.

The official road map of Quebec should be consulted to determine the status of provincial routes. The map is available in French and English.

Major highways on the map are in depicted in blue and should be blue in Waze.

Minor highways in green on the map should be in green.

Certain Major highways are two lane but are still in red because they collect the minor highways, and many county roads and we need to distinguish them, examples are the 174 east of Ottawa/Orleans, the 17, the 138, 38 the 7 in eastern Ontario.

Currently in Manitoba, only Hwy 1 (including the highways Hwy 1 splits into), like Hwy 100 and 101 (perimeter Hwy in Winnipeg) are listed as Freeway.

These Provincial Roads are numbered from 200 to 632. Some of these routes are gravel for part or all of their length. As Waze lacks a road type for all-weather gravel roads, the consensus is to use "Unpaved" for gravel highways in regions where paved alternative routes are available for many destinations, but to use "Minor Highway" in regions where there are no paved alternatives.

Township and range roads are maintained and signed by the local rural municipality. These roads should use locally signed names where available as the primary name. Names such as Rd 74 N can be used as an alternate name, or as the primary name when a specific road name is not known, or the road does not have a name. Unless specifically in a city, town or village, these roads should have "No City" selected at this time.

Township and Range roads are not highways and should be (at highest) Primary Street.

Highways 1 - 99 when not at Freeway standards. These highways connect major areas of the province.

Highways 600 - 799. These are grid roads (6xx run North/South, 7xx run East/West). While not as sturdy as other Highways, these roads will stand up to truck traffic and should be preferred over other rural roads.

Other Rural roads should be entered as Unpaved, as these should only be used for routing if no other option is easily available.

Freeways in Canada need to follow a different standard than in the US.

Currently in Alberta, only ring roads (perimeter roads around a city), Hwy 1 (including the highways Hwy 1 splits into), Hwy 2, Hwy 16, and any highways with limited access (e.g. highways with no traffic lights, and access is exclusive to ramps entrances).

Township and range roads are maintained and signed by the local municipal district (MD). Some MDs have chosen a numbering format with a hyphen before the last digit (e.g. “Township Rd 38-4”) but most have chosen a hyphenless format (e.g. “Range Rd 15”). In WME, the road names should follow the local format as used on the signs. Abbreviate “Rd” but leave “Township” and “Range” unabbreviated.

Township and Range roads are not highways and should be (at highest) Primary Street.

Freeways in Canada need to follow a different standard than in the US.

Highways are defined by the provincial numbering scheme.  Any numbered route will be either a Freeway, Major Highway or Minor Highway, regardless of the use of stop lights or the path it takes through a city/town.

Alleys should not be added to the map. In some cases (e.g. Vancouver and Toronto areas), we have left the ones in place, but in most cases they should be removed.

This is particularly relevant to basemapped areas that included them -- e.g. Saskatchewan -- small towns should certainly have the alleyways removed.

In places where they are retained, they should have their city name set and the "None" box checked for Street Name. They should also be changed to Parking Lot street type.

Canada has active "Traffic Locks", these locks are based on usage from users. They are limited to a max rank of 4, but can be any rank below.

Segments that have restricted turns must be locked to a minimum Level 3.

If the current lock or traffic lock is higher than the minimum standards listed below, please don't lower the lock.

PUR should be reviewed for accuracy, once approved all relevant information pertaining to the place should be entered. Please use each company's website to gather all the information you can. Once a place is complete please lock to rank 3.

Following are general standards for place locking in Canada:

This number format allows mobile phones, regardless of their home network, to dial a number without having to modify the number first.

Place Naming in Canada should adhere to the following guidelines. Following the government agency naming guide is a list of businesses which are chains or franchises. Please use these name spellings when creating or updating a place.

Hospitals with Emergency Rooms must have a separate Waze Place with "ER/Urgence" prefixed in the primary name, for example:

For modification of fuel retailers in Canada, please use the Gas Stations Brands form.

When to use Area or Point in Canada

Here is the Canadian guidance on selecting Area or Point for Places in the Waze Map Editor.

Optional Area shall only be used after consulting local area managers on regional guidelines. The place must be a significant landmark with navigational value in the community. For example: a Tim Hortons in Hepburn, SK (population 500) is of significance. However, the same sized Tim Hortons is of zero significance in the Greater Toronto Area.

We do not want to impose hard & fast rules for the Optional Area category. Please use some judgement, we do not want to see wall-to-wall areas for every single building structure on the map.

Optional Area shall be landmarked to just the building structure only, do not include the parking lot area.

The Primary Category for a Place is used to determine whether to use a Point or Area.

Do not change the speed limit due to temporary construction; exceptionː a local editor who takes the route on a daily commute and assumes full responsibility of updating the speed limit.

Ramps with only advisory speed limit signs, use the highest speed limit of the in or out segment.

"Emergency and Authorized Vehicles Only" are to be treated as Non-drivable roads. These are found primarily through the median of divided highways to connect opposite direction lanes.

Please do not use the ferry road type, it's not yet functional in Waze. Canada will adopt U.S. guidelines with respect to ferries.