The Cullman County Rest Area on 1-65 - mile 301 in Dodge City, Alabama has a separate lot and entrance for either direction of traffic. NOTE: This rest area has since been modified and no longer uses the configuration discussed below. It is a single area, with a single building serving both sides. However the two lots are separated and traffic is not able to cross over from one lot to other. You are not allowed to essentially make a u-turn on the fwy through the rest area.

In order for navigation to the Rest Area place to be seamless and reflect reality, we want to use only one place area, not one for each direction of travel. However in order for routing to work as expected the stop point can not be closer to either lot, or it will only be accessible from that side.

A workaround is needed

Using an unconnected segment for the stop point between both lots initially sounds like a good idea, but that causes a problem when drivers try to add the rest area "as a stop" along their existing navigation route. In order for the route not to fail there must be a valid way in and back out from the stop point.

Below you can see some screenshots detailing the setup and routing. 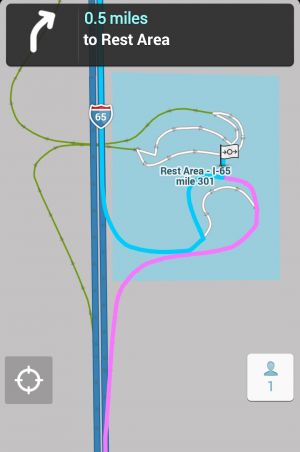 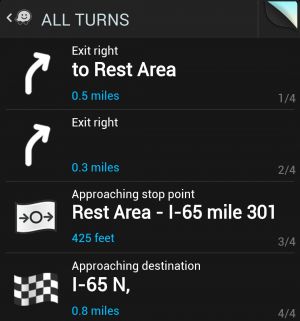 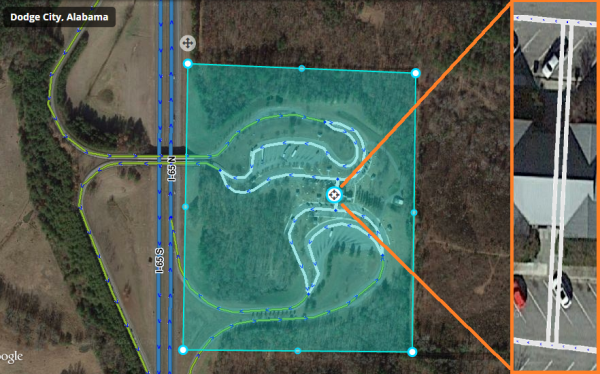 Here is an image showing the turn restrictions, the geometry has been altered on the north side to visualize which turns are allowed. 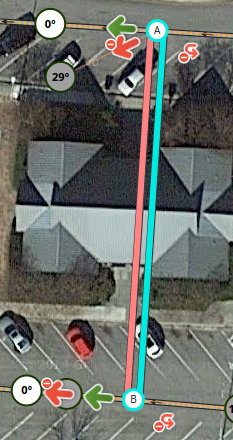 This Belt Pkwy service station in Brooklyn, NY users a modified version of the above configuration. To account for the opposing directions of approach and still maintain the loop in a way that routes can only exit to the same side they entered the loop from, we twist the loop into a figure 8. The crossover is made at one end of the loop so as to keep one segment available as the target for the places stop points (especially relevant when you may have multiple point places for a tavel plaza. Be sure to add a junction node with only straight through turns allowed where the two loop segments cross (so they don't cross over each other without a junction at the same elevation).