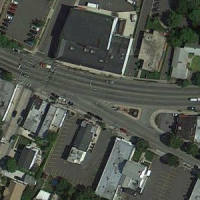 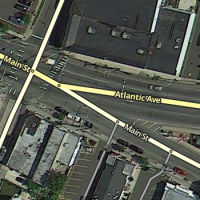 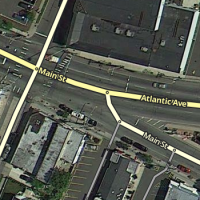 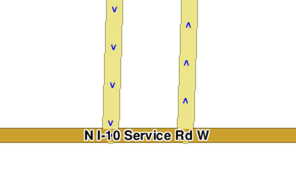 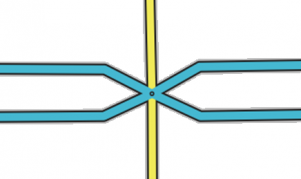 The Waze routing algorithm previously had a method of penalizing some double-left and double-right turns. This used to prevent U-turns at H or # style intersections on divided and parallel roads. Expand the section below to learn how this used to work.

It was useful for preventing the sequence of two turns that would make up the U-turn, while still allowing the individual turns. However, if either of the two turns making up the U-turn was illegal or impossible, it would disallow that turn instead. The U-turn would then not be routed, and the following penalty would not matter.

An extremely large U-turn penalty was set for a double-left or double-right turn when all three of the conditions below were met:

Previously, to allow median U-turns in both directions, you would break condition #2 by making the median segment (B) 52.49 ft (16 m) or longer.

Previously, to allow a U-turn from only one direction, you would first setup the intersection to allow U-turns in both directions. Then, add a Junction Box, and restrict the prohibited U-turn route. A rank 4 user or above is required to install a Junction Box.