Difference between revisions of "Junction box" 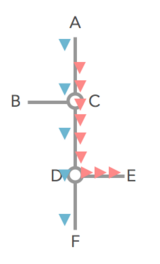 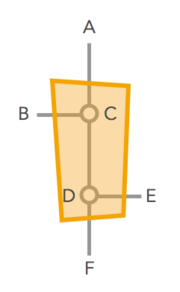 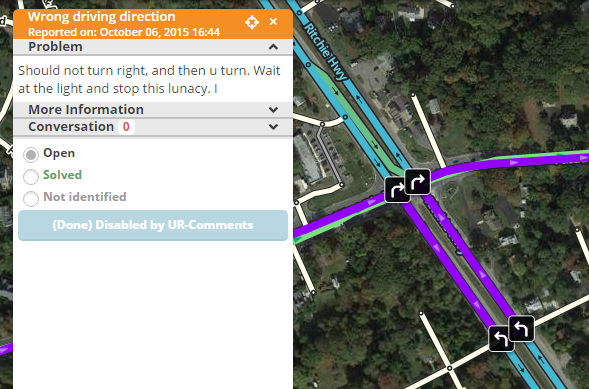 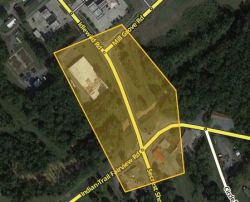 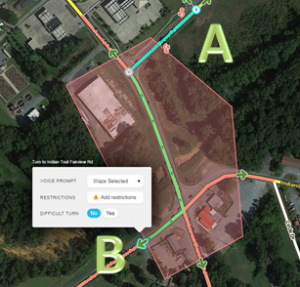 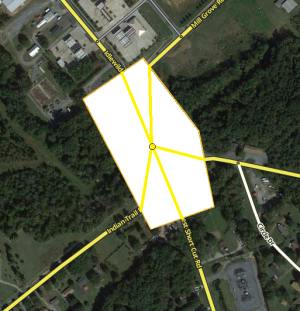 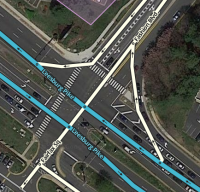 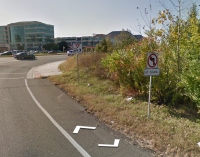 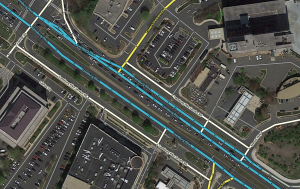 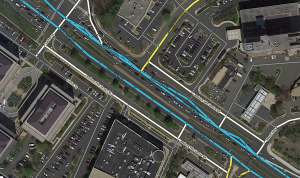 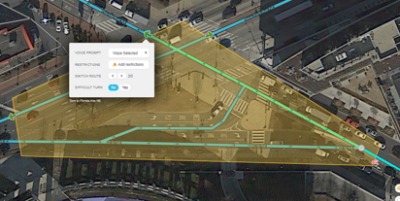 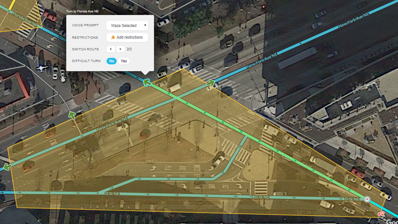 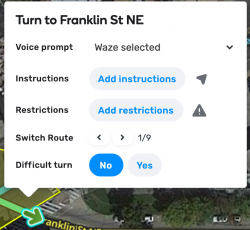 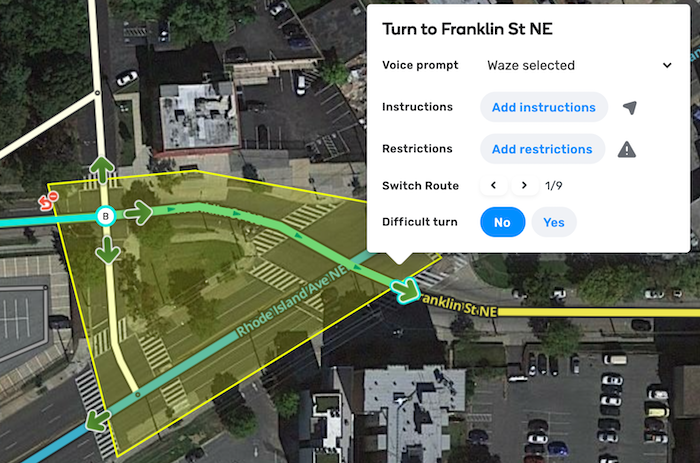 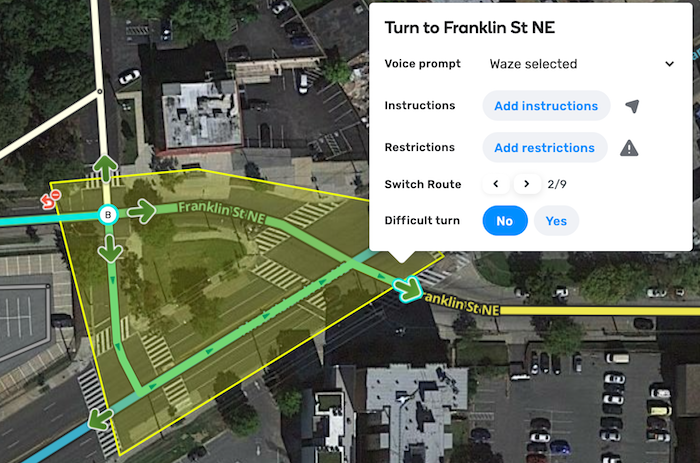 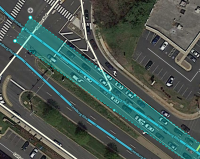 Junction boxes are suitable only for specific locations where the above-listed functions of junction boxes are required. An example would be to prohibit the U-turn in one direction but allow it in the other such that a 45.93 ft (14 m) center segment is forcing a necking down of the normal flow of a road and micro-doglegs are used to allow the one direction's U-turn. If problems with data collection or turn restrictions are experienced then, a junction box may be used to solve the problem. If problems are easily solved with other features such as turn restrictions, then a junction box should not be used. For routes through H intersections that have one u-turn allowed and one u-turn prevented then use a simple junction box instead of or U-turn penalties and using micro doglegs to break the u-turn prevention in one direction. Existing intersections with micro doglegs or abnormal geometry can be changed to a junction box when being edited for other reasons, but you shouldn't go out hunting to eliminate all of them if they are already working properly.

Junction boxes create another limitation that should be considered. Segments connected to junction boxes have some attributes that cannot be edited without first deleting the junction box. These include: