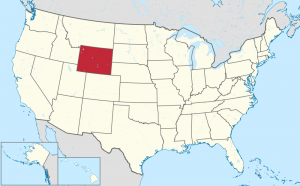 This page serves as the primary resource for editors of Wyoming. Review all the sections to better understand how the guidelines for this state might deviate from the overall USA or worldwide guidelines. If you have any comments or questions about this page or state refer to the community links below.

Wyoming is a part of the Northwest region, which includes the states and/or territories of:

Before editing the maps in Wyoming, be sure to fully review and understand the editing manual.

The functional classification for Wyoming is dictated by the Wyoming Department of Transportation (WYDOT).

These maps may be VERY outdated, and should only be consulted if the above links do not answer your questions.

These maps may be VERY outdated, and should only be consulted if the above links do not answer your questions.

^a Interstate 180 in Cheyenne does not conform to the Interstate Highway Standards as it is not a controlled access highway. It is classified as a  Freeway  but routing is set to -1 effectively making it a  Major Highway

^a PDF maps only.

The Waze forum is a great place to find answers to previously asked questions and also a place to ask new ones. Below are links to the forums specific to Wyoming.

Area Managers for Wyoming can be found in the table below.

Wyoming utilizes Discord, which is used to chat with local editors and area/state/regional management. If you're a new/existing editor in Wyoming or even if you're just visiting and want to relay information to local editors you can do so by clicking the link below to jump into the group.

Discord is a free app available on many devices including Windows, Mac, Android and iOS.

Join the USA Discord Server. The US Discord Server is the main server of editors in the USA. It features region channels for cross collaboration between all editors. This is separate from the Northwest Region Discord Server which is strictly for conversations among NWR editors.

Wyoming follows the general road naming and road type guidelines of the USA.

State highways are to be named WY-###.

In Wyoming we have a set minimum standard for locking roads based on segment type. Any road of a certain segment type must be locked at least to the rank (level) in the chart below. Roads may be locked higher for protection and special situations (areas with construction, tricky design, frequent mistakes, imaging inaccuracies, and the like), but should not be locked lower.

Note: Certain roads may be locked higher than the above minimums. Please do not lower locks unless approved by the RC or SM of Wyoming.

If you encounter any roads that are named N, S, E, or W, you must add a period (.) to the end of the letter. For example, West N Street is abbreviated as W N. St. This ensures the TTS system reads the road name as "West N Street" and not "West North Street".

U-turns in Wyoming are permitted when:[1]

These are the general guidelines for elevation in Wyoming: 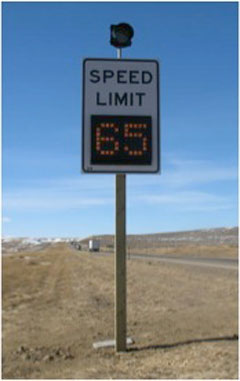 Wyoming Interstates include segments with 80 mph speed limits. These limits have already been applied according to WYDOT provided information.[1] Additionally, select highways fall under variable speed limits. These segments shall contain speed limit data for the highest posted and legal speed limit. At times, speed limits will be reduced by WYDOT due to inclement weather, traffic conditions or average motorist speeds. When speed limit reductions are in place, they are considered temporary and should not be reflected in the Waze map. 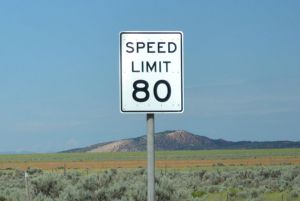 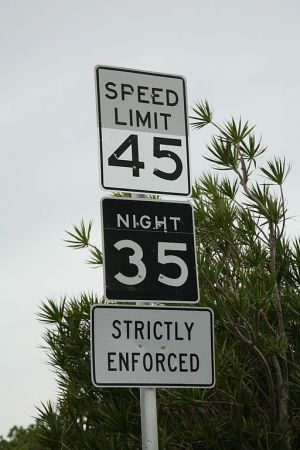 Some speed limits in Wyoming have day and night provisions. The speed data in Waze should only include the fastest legal speed limit. This will prevent drivers from getting the "red speedometer" when traveling during the day.

Wyoming follows the standard USA guidelines for all of the following special road types.

Alleys are driveable roads that often provide access to the rear of a business or residence. They can be an important part of the map for routing purposes especially for places with rear access only and for drivers starting a route from an alley.

Mapping alleys in Wyoming is permitted with the following guidelines:

When mapping alleys, use the following rules:

^a Google address pins may need adjusting as well.

Wyoming follows the USA standard for Places. Do not deviate from the guidelines without first obtaining consensus to do so via the state forum linked on this page.

In general, do not add places for parking lots that are not for public use, general purpose or are not distinctive and significant.

Laws regarding speed and red light cameras vary between the states and territories, so be sure to understand the details of camera legality in Wyoming.


This state does not currently have an active "to do" list at this time. Check in the Wyoming section of the Waze forums to discuss creating one.

The table below identifies the editors also designated as Area Managers or higher who are editing in Wyoming. If you have any questions, please consider contacting them directly as needed. If you are an Area Manager that covers Wyoming, or a USA Country Manager that does a lot of work in Wyoming, please add yourself to this list (alphabetical by username) in the correct rank section.

The editor who also serves as the Regional Coordinator for Wyoming is automatically listed at the top of the table. That editor may not be highly active in this state and therefore may not be listed separately in the table.